The Abu Dhabi Criminal Court presides over money laundering and tax evasion matters in its jurisdiction. Such crimes are taken very seriously and can have disastrous consequences for perpetrators. A US citizen named Assem Abdul Rahman Ghafour was sentenced to 3 years of rigorous imprisonment while fined 3M dirhams for committing two crimes last month in July 2022. The court decision also stated that he will be deported from the UAE after serving the sentence.

How the Story Unfolded

The American authorities sought judicial assistance from the UAE government with regard to the tax evasion and money laundering investigation. Apparently, Mr. Ghafour had been making suspicious bank transfers while his bank account was receiving funds from unknown sources. Even the transaction details seemed dubious.

The UAE Public Prosecution in Abu Dhabi took note of the concern voiced by the American authorities and began their investigation. They formed an action plan and began the following activities-

As Abu Dhabi’s authorities proceeded with the investigation, they found suspicious transactions and the accused conducting financial transactions without income proof. Further investigation by the Public Prosecution revealed the American authorities’ allegations to be accurate, leading to Mr. Ghafour being produced in court. Post-judgement, he was sentenced to 3 years of rigorous imprisonment while being ordered to pay 3M Dirhams as a penalty.

The UAE authorities arrested lawyer Ghafoor at Dubai airport and claimed that he was taken into custody at an American request.

However, The US denied submitting any request to the UAE to arrest the lawyer and human rights activist, and that led this case to the highest level of the UAE authorities.

Immediately after the Abu Dhabi court’s ruling, there was a new development in this case. Surprisingly, the American authorities & US. State Department commented that they never requested the UAE authorities to detain Ghafour and initiate legal action. It turned out that even Ghafour was unaware that the UAE or American authorities wanted him for tax evasion.

The American authorities suspected Mr. Ghafour’s activities. They discussed this with the Abu Dhabi government (according to the statement released by UAE authorities). Abu Dhabi was quick to respond and extended full cooperation.

Owing to effective communication & coordination, the court revoked the previously issued sentence. It is amended to the AED 5 million fine with no prison sentence, and deportation from the UAE. All the funds linked to the crime will be confiscated as well.

The US. Representative Jennifer Waxton tweeted that the American authorities demand an explanation from the UAE government as she claims Ghafour’s arrest is politically motivated. She added that Ghafour deserves a fair trial and that upholding fundamental rights while protecting due process is crucial to healthy US-UAE relations.

An activist named Mohammed Samman stated that Ghafour is reaping the fruit of his actions and that tax evaders must face such punishment. It will be interesting to see how this case shapes up in the upcoming months. Assem Abdul Rahman Ghafour has a right to appeal against the Abu Dhabi court’s judgment within the stipulated time.

The Growing Eminence of AML Measures in the UAE

The UAE has been taking aggressive steps to curb Anti-money laundering to minimize business risks and illegal activities. The authorities have implemented stringent AML policies to combat financial terrorism and bring transparency.

Tax evasion and money laundering are grave accusations. Even if the individual/firm is not guilty of these charges, the court proceedings can cause colossal damage to their reputation while consuming considerable time and resources. Entities must have the means (a legal representative or an AML compliance team) to combat such allegations to avoid any damage.

Ghafour’s case shows that the UAE takes money laundering and tax evasion crimes seriously, especially in Abu Dhabi. Dubious funds transfers may be used for unlawful activities like terrorism and human trafficking while reducing the country’s revenue. Besides curbing such unlawful activities, the UAE & other GCC (Gulf Cooperation Council) countries have introduced anti-money laundering laws to comply with global standards. Such steps will encourage foreign investors to consider the UAE for expanding/moving their operations.

Not only do we help organizations ensure AML compliance with the country’s rules & regulations, but we also establish robust AML compliance programs and control frameworks. Thanks to our rich experience in diverse sectors, we have successfully provided practical and cost-effective AML consulting & managed service delivery experience. We lay down a robust Anti Money Laundering plan at all levels of your organization that leaves no loose ends for your financial business transactions.

Being in the industry for over three decades has given us the ability to identify the risks & complexities that companies face. The best part is that we do not have a cookie-cutter approach to AML compliance. Every organization is different, and we understand that. Bearing these factors in mind, we provide extensive & tailor-made anti-money laundering and sanction-related services. Our proactive and methodical approach helps customers address the issue quickly and efficiently.

If you are looking for an authentic firm to ensure AML compliance, look no further than us. Call us on 971 50 6591233 for a consultation or email us at enquiries@nrdoshi.ae.

There are no comments 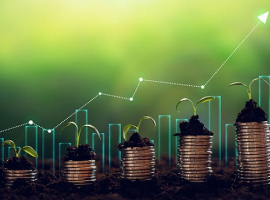 The UAE economy has been on an upward trajectory lately. It witnessed a whopping 8.2%… 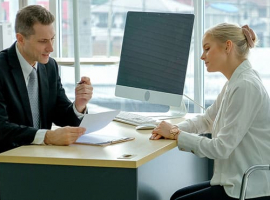