The UAE president Shaikh Khalif bin Zayed breathed his last on Friday, 13th May 2022. He was also the 16th ruler of Abu Dhabi. He served as the 2nd president of the UAE since 3rd November 2004, succeeding his father, the late His Highness Sheikh Zayed bin Sultan Al Nahyan.

“The Ministry of Presidential Affairs condoles the people of the UAE, the Arab and Islamic nation and the world over the demise of His Highness Sheikh Khalifa bin Zayed Al Nahyan, the president of the UAE.”  – The Ministry said in a statement.

Born in 1948, he was the oldest son of the late His Highness Sheikh Zayed, who served as the first president of the UAE. Since becoming the president of the UAE, Sheikh Khalifa led The UAE by example. He exceptionally transformed both the Federal Government and the government of Abu Dhabi.

Under his reign, the UAE has witnessed an unprecedented development that ensured decent living for the people calling the country home.

After being elected as the President, Sheikh Khalifa launched his first strategic plan for the UAE government to achieve balanced and sustainable development, placing the prosperity of UAE citizens and residents at the core.

One of his key objectives as the UAE president was to carry on the path and socio-economic development policies laid down by his father Sheikh Zayed, whose legacy, according to him “will continue to be the beacon guiding us into the future, a prosperous future where security and stability will reign.”

The UAE would observe a 40-day mourning period with flags flown at half-mast as of Friday, the ministry said. Sheikh Khalifa steered the development of the oil and gas sector and the downstream industries that have contributed successfully to the country’s economic diversification.

He extensively travelled throughout the UAE to gauge the needs of the Northern Emirates, during which he commenced and accomplished challenging and crucial projects related to housing, education and social services.

In addition, he launched another initiative to evolve the nomination system for members of the Federal National Council, which was seen as a first step towards the establishment of direct elections in the UAE.

“The UAE has lost its righteous son and leader of the ’empowerment phase’ and guardian of its blessed journey,” tweed his half-brother Abu Dhabi Crown Prince Mohammed bin Zayed, The de facto ruler of the US-allied UAE, an OPEC oil producer.

Condolences poured in from all over the world as leaders around the globe paid heartfelt tribute to the late UAE president.  His Highness Khalifa’s policies have played an instrumental role in putting The UAE on the global world and turning it into a thriving business hub.  NR Doshi & Partners again offers its profound tribute to his excellency, the late Shaikh Khalif bin Zayed. We are confident that The UAE will continue to achieve new heights in all spheres carrying his esteemed legacy forward.

There are no comments 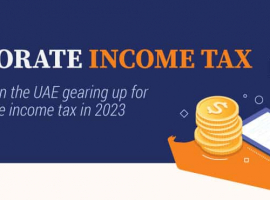 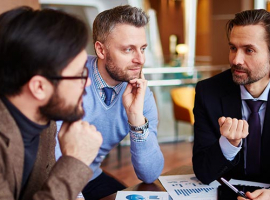